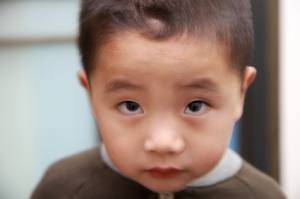 Do you have a psychological cowlick? I wrote this in 2010. I’m pulling this up because I want to get back into this phenomena. I have a deeper understanding today. Here’s the original post:

Sometimes I work with a client over a number of months or years. I get to know the circumstances of their lives to a deeper degree and I come to better understand their character and the character of the people in their lives.

Someone may contact me, enraged with their husband. But time proves he’s actually a good man and there’s been some miscommunication or something.  Over the months the person may become upset with their husband again and again because it is a pattern in the relationship. But I can tell the woman is dealing with a man who loves her. The relationship is sustained and things improve.

I try to parse data for clients. I know they’re upset and I know what this is like because I get upset myself at times. I need this service too. Basically I want to tell the story and have someone tell me what they heard in my story.

To do this, I listen very carefully so I can give an objective opinion. But I also listen in-between the lines. For example if the man is saying one thing, doing another, I have to point this out to the client. When I do, I’d better be right. I can’t just say something like that, I have to give evidence. I have to pull the info from their info and show it to them because if I can do this, we are likely to be getting somewhere.

I’m sorry for the long preamble but I’ve been listening to tales of one man for the better part of a year. .. He’s very smart, as is the client. You can never discount that.  You can’t just offer up some platitudes. You’ve got to get the brain to fire to offer feedback and eventually, mine did.

When someone gives you mixed messages and you have an attachment to an outcome, it can be brutal trying to figure out what is going on.  Is the person confused? Are you confused? Is the person deliberately trying to obscure things?  Are you being gaslighted?

I finally feel confident to say this in this case, I don’t think it is any of the above. I think this man says one thing and then the other, almost immediately. He does it subconsciously. It has to be because every statement he makes undoes the one he’s just made and this pattern just repeats itself into oblivion.

“I think it’s subconscious,” I said. “You know how a person combs their hair one way and it repeatedly falls back the way it falls naturally? Your man has a cowlick in his psychology and we’ve discovered it. It’s not malicious, it just is. He’s going to say one things and then say the other, reliably. It’s not because he has this intention, it’s because he has this cowlick…”

Do you have a cowlick in your psychology?