Mercury & Mistakes Of The Intellect 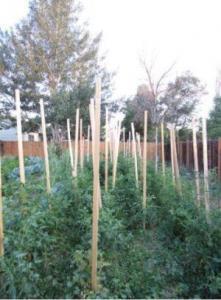 The phrase, “mistake of the intellect” was coined by astrologer, James Braha.  He noted that one of the things astrologers did was correct these things. This was many years ago. I like the phrase and the concept. I’ve written about it here and there over the last 15 years or so.  You can search if you like.

I am bringing this up today, along with the Mercury More Powerful Than Pluto post because it’s plain to me and I think many, MANY other, regardless of their leanings or particular perspective, Mercury issues of possible kind are causing endless, unfathomable problems for people, families and the whole of society. I really can’t count the ways but I will offer a short list of examples.

People are also cut off from each other, generally turned on each other and separated by various criteria (sex, race, age, party).  This severely limits a person’s ability to learn and a number of ways.  For example you can’t be twenty years old and ask a forty year old… well, anything. Because what a forty year old knows, is supplied to you and not by a forty year old!  Even if the person appears to be a forty year old, you are very likely not hearing from a real person – just a person with a script they read to give you information that is not real?

If that last bit happens to you, you are now walking around with a mistake of the intellect. And you will build on that false information. It’s like a seed in you and it grows and breeds more garbage. You know what they say: garbage in, garbage out.

Recently I read an astrologer crying about Saturn in Capricorn followed by Aquarius and how this was devastating. Large following, people suck that up. My life is hell – must be Saturn in it’s home sign.

I was screeching on this blog, about protecting you mind and ability to think all the way back to when Saturn was in Virgo.  2008?  It was good advice though I don’t think many heeded it.

I want to give you an oddball, non-triggering example of life today.  As most of you know, I am am an avid gardener. I started about fifteen years ago.  In the same amount of time, ‘fresh produce” has become freakishly degraded.  For example, I just cut a “fresh tomato on the vine” on a paper plate. Not only does it have no taste – this tomato left a red stain on the plate. Like dye?

Okay, so we know this, but do we? We do not!  There are are people out there; maybe even most people, who have never had a fresh, real, homegrown tomato in their life.  Matter of fact, if you were to give them one, it’s possible they would not like the taste because they have been raised on the fake version.

In other words, the person thinks they’ve had a tomato and they know what one tastes like but in fact, this is a mistake of their intellect. It may also explain why no one wants to eat vegetables!

I wrote in the forum, I would like to teach a class on how to un-fook your head. I think it is the most important issue of our day.  It’s as if we have surrendered our brains and outsourced our thinking functions.

This is for today’s Virgo moon.