Is Mercury More Powerful Than Pluto? 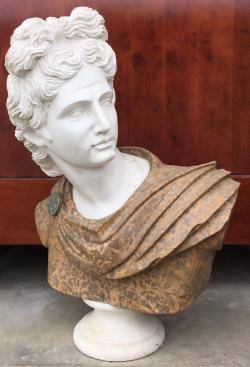 This is an important topic and rarely (if ever) discussed in life or in astrology.

no⋅tion
/ˈnoʊʃən/ Show Spelled Pronunciation [noh-shuhn] Show IPA Pronunciation
–noun
1. a general understanding; vague or imperfect conception or idea of something: a notion of how something should be done.
2. an opinion, view, or belief: That’s his notion, not mine.
3. conception or idea: his notion of democracy.
4. a fanciful or foolish idea; whim: She had a notion to swim in the winter.
5. an ingenious article, device, or contrivance; knickknack.

Mercury which rules the mind is given far less weight in astrology then it deserves. There are exceptions to this.

Most notably Lois Rodden wrote a book: Mercury Method of Chart Comparison. She explained how important Mercury was when comparing charts to judge compatibility. Basically if there can be no meeting of the minds, the relationship is going to fail over time.

Common sense tells you this is correct. It ought to tell you this planet and its functions are in fact undervalued because you never hear this kind of thing. Virgos and Geminis? Who needs ’em? Mercury? Who needs Mercury when we’ve got Pluto to focus on?  I mean to show you that Mercury can readily take out Pluto…

When my husband and I met as teenagers, he worked in missiles. Specifically, he programmed the missile. My husband performed the calculations that would direct the missile, by hand, with a pencil and a piece of paper.  I’m not kidding about this.

So if the missile was a powerful, deadly explosive (Pluto) then it could easily be wasted by the tiniest mental error.

Speaking Of The Incredible Power Of Mercury – Lying!

Discount the mind and communication at your own risk!