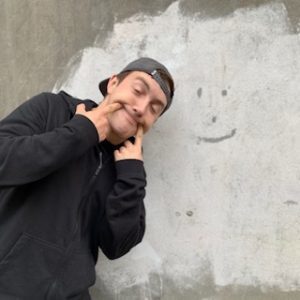 Friday night the post-new Aries Moon moves through sextile to Mars and Saturn in Aquarius as the Sun completes its conjunction to Chiron. As Mars rules Aries, this is quite a kick to the rockets of motivation as we level up for a fresh road to action. We DIG IN to LAUNCH (theoretically for now).

More pointedly, we encounter the urge to follow up on what works, what WILL work, in time. There’s flex built in, flex that comes of having learned through direct experience – even if that experience is not of the exact same thing. It transfers well.

Saturday night, the Taurus Moon heads into square with Vesta as Mercury in Aries moves past Chiron and over the Sun into orb of conjunction to Pallas Athena. Our needs are changing along with our desires. Something that once sparked satisfaction is losing its edge, not quite there but nearly. On a certain level, while this disturbs a bit, it is also exciting. If we can change, we can grow. And we’re right on the brink of putting all the pieces together.

Sunday morning, the Taurus Moon finishes up the square to Vesta and glides into conjunction with Uranus. By the end of the night, the Moon heads into orb of square with Mars as Mars sidles up to Saturn. Taurus ruler Venus moves into the final degrees of Aquarius, and Jupiter cozies up to Neptune in Pisces. Tummies are unsettled in the mood as we feel it all on the edge of happening. But what? We’re still working it out, and there’s an infusion of magic to the water we’re swimming in.

We need to feel like it’s going to be okay, like WE’re going to be okay. What we feel we have now is so different from how things have always been. As we’re introduced to the idea that we’ve endured “different” and we can endure it again – because difference is now familiar – the tummies settle a bit. And we can slip into gear, a lower gear, ready to begin. With hope, and connection.

No one’s quite on solid ground emotionally overall, and we have that in common. It makes taking fated concrete steps a theoretical certainty… at some point. The promise of a benefit is already built in, bought and paid for.

How was the new moon in Aries for you? What are your weekend plans?