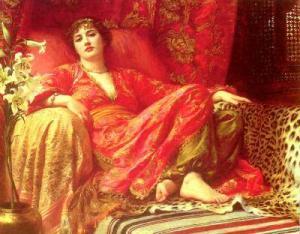 “Passion thrives on impediment”.  An old man told me this when I was a teenager. I’ve seen it demonstrated over the years. It’s easy to pine for the beloved when they’re inaccessible. The challenge fires up Mars in the horoscope!

It’s a common story, someone becomes enamored with a person who is married. They compete for that person but once they have them, they’re disillusioned or lose interest. Mel Gibson and Oksana Grigorieva come to mind. I bet she was crazed for him when she couldn’t have him. Boy did that change.

Have you ever been crazy for someone when there was some kind of barrier there, and lost interest once that barrier was removed? Tell us!