Russia without Putin? Well, at least one author has dreamed that up.

Yet, Russia has a history of being dominated by just one leader – who then becomes The Invisible Man of history. That is what will happen to not only Mr. Putin but also the Belarus leader, Alexander Lukashenko.

There are many astrology charts for Russia, but just one of them shows the partnership with Belarus. And it works well.

Ancient countries like Russia acquire new astrology charts when they change direction. These are ‘rebirth’ charts. Russia has nineteen horoscopes. 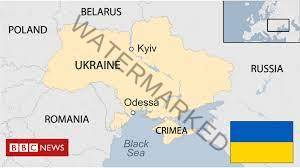 We don’t use the suggested astrology charts for Vladimir Putin as they are all DD rated. That’s Dirty Data, the classification introduced by Lois Rodden many years ago, to get rid of the problem of unverified birth data.

And yet, you don’t need Putin’s birth chart, actually, to see which way the wind is blowing, though. Pluto (power) in Capricorn (the man at the top) is finished on March 24th, 2023. This is the end of an era when plutocrats (which Pluto represents in astrology) who are the top goats on the mountain (Capricorn) fall off – as the mountain itself collapses. (Map: BBC News).

Boycotts and Bad Business in the Russia Chart

The invasion of Ukraine by Vladimir Putin has resulted in an economic disaster and massive boycott. VOGUE is no longer available (below) and neither is McDonalds. The oligarchs’ yachts are being seized and Russian planes are stuck. 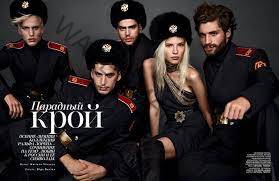 The Russia Union State Chart (below) is calculated for Wednesday, December 8th 1999 in Moscow. As the ‘birth’ of the new Russia was reported at 5.06pm GMT by the BBC in London, that day, this particular Russia astrology chart is set for 8th December 1999, 5.06pm London and instantly shows us why 2022 is the beginning of the end for Russia-With-Belarus. And their leaders.

This 1999 Russia astrology chart (below) is the only one to use for Vladimir Putin’s war on Ukraine, because this is a war that could not happen without Lukashenko, the Belarus dictator. This 1999 astrology chart for Russia shows the ongoing crash of the Russian economy. As CNN reported on February 24th 2022, Russian stocks crashed 33% and the ruble plunged to a record low. That shows in the astrology chart, to the day.

The Banks, the Boycotts, the Business

On the same day that the True North Node at 26 Taurus opposed Russia’s natal Mercury at 26 Scorpio, the planet of shock (Uranus) reached 11 Taurus.

Uranus at 11 Taurus made an exact conjunction to Saturn at 11 Taurus in the Russia astrology chart. The ruble dived. That line-up could only have happened once in a century for Russia. It happened then.

The Next Russian Financial Crisis – Christmas 2022

The next massive financial crisis for Russia comes when the transiting nodes move to 11 Taurus and 11 Scorpio, and trigger natal Saturn at 11 Taurus. That takes place on December 26th 2022 (Boxing Day) and extends to January 7th 2023. I am publishing this on 13th March 2022, so it’s a long way into the future, but it’s coming. Christmas karma.

The United Nations astrology chart shows Pluto at 11 Leo. This creates a T-Square (always tense and troublesome) with those other 11 degree patterns (above). The data for the U.N. is from The Book of World Horoscopes, by Nicholas Campion (The Wessex Astrologer, 2004). The economic depression (Taurus rules the economy; Saturn rules depression) for Russia and Belarus at Christmas is driven by the United Nations. 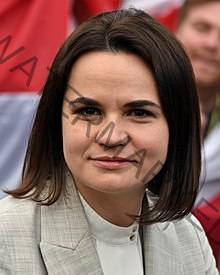 The Russia Astrology Chart and the Future

On 8th December 1999 at 5.06pm GMT London, the BBC announced the birth of the new Russia. It took place in Moscow, but  I’m going to use 5.06pm GMT when the BBC published their announcement online.

The future is written. Women in particular will be at the forefront of massive changes for Russia and Belarus, starting in 2023. The rebel  Belarus leader, Sviatlana Tsikhanouskaya, is ahead of her time and may be one of them. (Wikimedia Commons).

The astrology chart set for 1999, below, shows us that Russia and Belarus will be transformed from April 12th 2024 until January 10th 2026. Why? A change in the balance of power within The Commonwealth of Independent States.

We can also expect a shift in the controls at the Eurasian Customs Union. Reshuffles at the Collective Security Treaty Organisation. And most of all, a powerful and radical new direction for the United Nations.

We can see all this from the Aquarius stellium in Russia’s Eleventh House of groups, associations and networks. For the first time in her modern history, Russia has Pluto going through there. This is the transit that transforms the world.

The End of Global Russia-Belarus

This astrological chart shows a strongly Sagittarian nation. Russia is global. Or she  was. International Russia is finished, during the long Uranus in Gemini cycle which begins on April 27th 2026 and lasts until May 22nd 2033. Uranus will slowly oppose every single one of those Sagittarian placements.

Even before then, there are serious problems here for Russia in 2022-2023 as Mars Retrograde (war, backwards) moves across 10-29 degrees of Gemini from September 8th 2022 until March 25th 2023. That is an unusually long opposition.

Mars in Gemini – Defeated by Geography

The forthcoming Mars Retrograde transit in Gemini is about war with/on the neighbours – but going nowhere fast.

The problem for Russia and Belarus is the sheer geography of Ukraine. The problem is the East-West divide, but also the river system and the Black Sea with neighbouring Turkey in charge.

Any time we see Sagittarius-Gemini oppositions there are always major issues about map logistics. And Mars Retrograde is about turning back. Going back the way you came. This is very much the case for Russia in the second half of 2022 and first quarter of 2023.

Bad Timing For an Invasion

Here’s the 1999 Russia chart, using the usual Family and Friends astrology chart software on this website. I’m using the Natural House system and all the asteroids of modern astrology.

This is bad timing for an invasion. Starting in 2022, this astrological chart shows a chain of powerful oppositions and that tense, troublesome T-Square at Christmas, created with the United Nations’ horoscope.

In the end, though, I think it will be the (Aquarius) allies and groups that defeat Putin and Lukashenko. And not just those rather minor networks, like the Eurasian Customs Union.

This strongly Aquarian chart for Russia (with no less than six factors in Aquarius) is about those other groups too. The European Union. NATO. The largely American-financed United Nations. That’s where the Russia Union State is going to end, as Putin knew it, back in 1999. Most of all, though, when Pluto leaves Capricorn, dictators become invisible men. 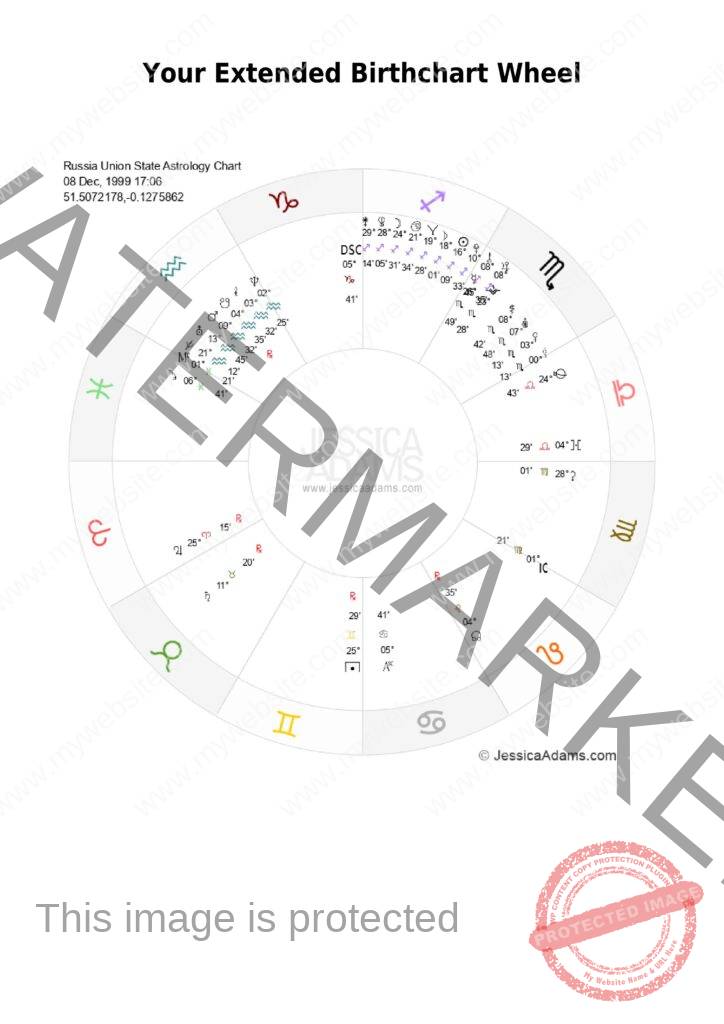 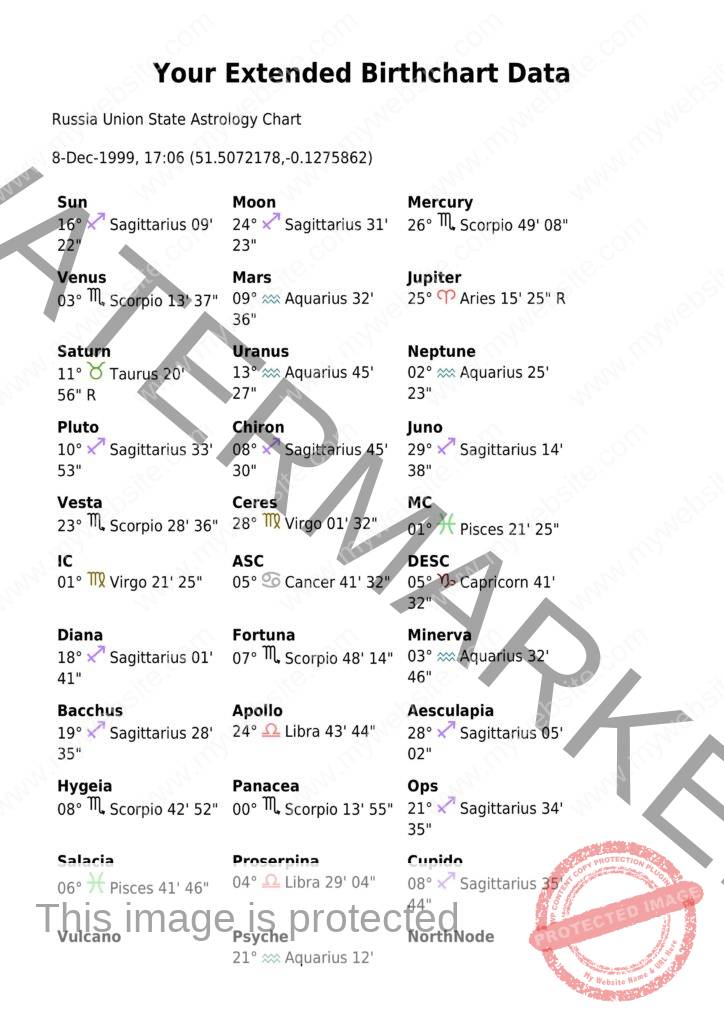 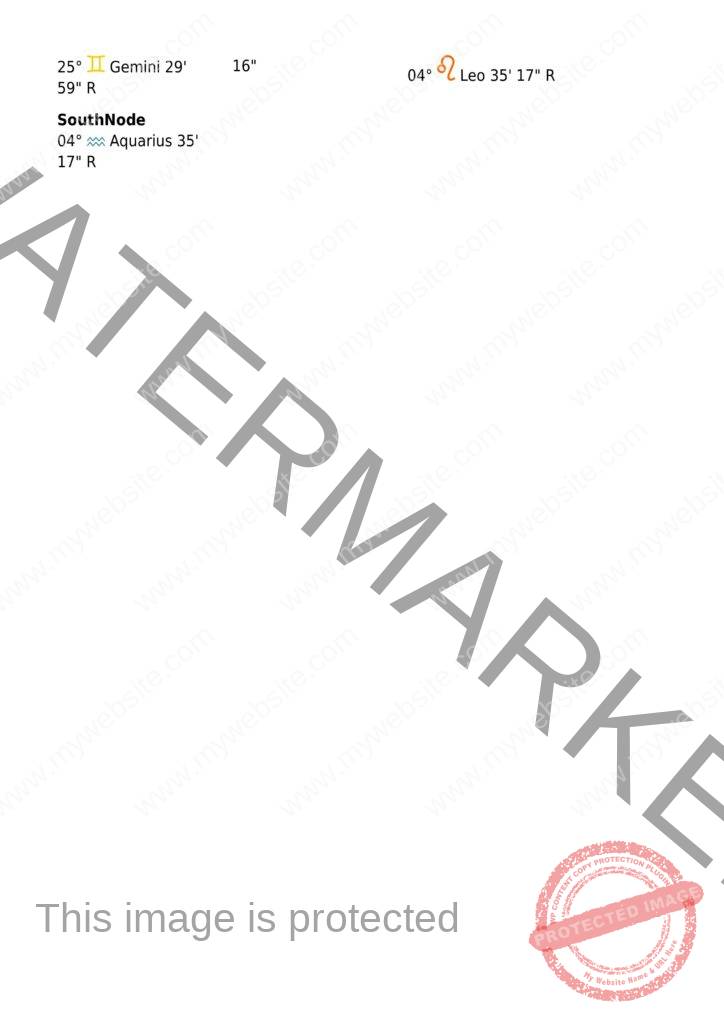