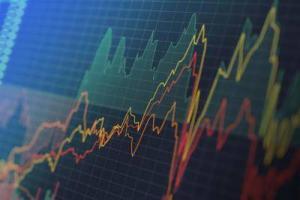 Venus and Mars are currently conjunct in Pluto in Capricorn @ 28 degrees.  Tomorrow, they will be conjunct @ 29 degrees. On Sunday, both planets will ingress into Aquarius.

I expect this to be significant in that Capricorn is a controlled and/or restrained sign.  Aquarius – no.  Anything can happen.

This is not a short little fleeting deal either. As Venus and Mars progress through Aquarius, they will be closing a square with Uranus in Taurus.  Eventually, they’ll meet Saturn in Aquarius.  I can’t imagine a scenario where this will pass unnoticed.

You won’t have to wait long to find out.  Venus with square Uranus on March 19th. Mars will make an exact aspect on the 22nd.  Between now and then, the pressure builds. People and things are going to snap.

I’d be careful with this. You’re may want to act impulsively but there’s a significant potential you cut yourself off from people who support you, right when you need them the most.

Everyone will be affected by this but the hot degrees are around 5 – 22 of the Fixed signs (Taurus, Leo, Scorpio and Aquarius).  The closer you are to the center of that range, the more intense.

Here’s something I learned from my husband – verify your target!  If you’re going to lash out, make sure you cut the right person, because once Venus and Mars cross Uranus they run right into SATURN.