Venus In Capricorn: Reject Them Before They Reject You 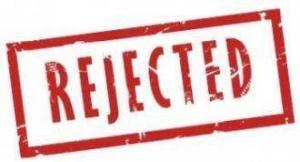 This was a follow on to this post: Capricorn And Rejection. A lot of people weighed in around how they handled being rejected. I wanted to expand the discussion.

Specifically, you may reject people before they can reject you. You’re so sure the sky is going to fall it’s easier to fall the sky yourself than live with the threat which is often times, imagined!

This is extremely common for anyone with Venus in Capricorn or Venus in aspect to Saturn. Generally you dump the other before they can dump you. I did this myself when I was young. It’s something you have to resolve on your own.

To manage this tendency which might even be called a “reflex”, you’ve got to identify what’s happening. You’re terrified of being rejected! Once you see what’s driving you, you can train yourself to take risks until you slowly get on top the problem.  It’s like anything else Saturn-related. You’ve got to face your fear and plod through it.

Have you ever ended a relationship because you feared being rejected?  What’s the astrology?