The End of Pluto in Capricorn

The End of Pluto in Capricorn and Plutocrats

Pluto rules Plutocrats. Men at the top of the system who have all the money and power. Capricorn describes the top 1% who climb to the peak of that system. So we’re talking Jeff Bezos, Richard Branson, Bill Gates and Mark Zuckerberg – just to name a famous few. The end of Pluto in Capricorn is the end of days, for the mountain goats who made it to the top.

In 2022 and 2023 both the men and the mountain are hit hard by the slow downfall of Pluto in Capricorn. We have dates. In fact, very specific dates. The plutocrats whose faces appear on the cover of magazines and on bestselling books are on the calendar in 2022-2023. In the case of Time magazine, Mark Zuckerberg and Bill Gates, you might say time is literally up. Sometimes the goats retire or resign. Sometimes greater dramas befall them. But history and astrology always tell us the same thing. When Pluto in Capricorn is in his final full year (as he is in 2022) the mountain and the goats come down. (Main image: Unsplash). 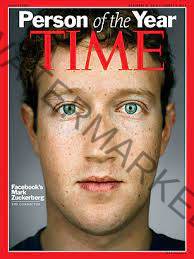 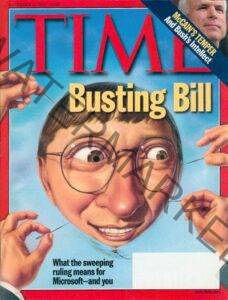 What Astrologers Say About Pluto in Capricorn

Alan Oken wrote As Above, So Below (Bantam, USA) in 1973, about ten years before Mark Zuckerberg was even born in 1984. Zuckerberg is a Taurus, not a Capricorn, but as a highly successful money-maker and powerbroker, he is a good Capricorn archetype.

Alan Oken: “Capricorn must be in the position of the breadwinner, or more accurately, the baker. In the game of Monopoly he will want to be the banker; in roulette, the “house”; in blackjack, the dealer. But his game is not a gamble. In these games the odds favour the backer. This he knows, for he has studied and mastered the rules of the game he plays.” Is there any better description of life from 2008-2022 with Pluto in Capricorn? The game is the internet and Facebook, along with Microsoft, Apple and Google are just some of the masters.

Felix Lyle was one of three astrologers (my friends Debbie Frank and Penny Thornton being the other two) who counted Diana, the Princess of Wales, as a client. He wrote The Instant Astrologer with Bryan Aspland in 1998 – again, years before Mark Zuckerberg was even thought of.

This is his verdict on Pluto: “He represents the hidden power that eats away at the fabric of society” and “We often find him under cover as the corrupt politician, the underworld criminal, the subversive terrorist or the scheming power broker.” Whatever you might think of Mark Zuckerberg, Jeff Bezos, Donald Trump, Richard Branson or Bill Gates, there is no doubt that astrology confirms we are living in the age of Pluto in Capricorn. But here’s the thing. Key dates tell us it’s going, going, gone. 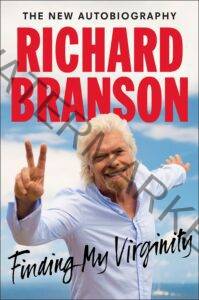 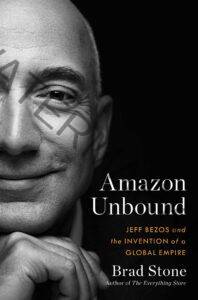 Writing in Horoscope Symbols (Whitford Press, 1981) Robert Hand noted “Capricorn’s grubby materialism” and “Capricorn the businessman”. He talks about the father-complex and also authority figures, and it’s quite true that Capricorn is about patriarchy. Men not women. Especially, older men/old men. The mountain or pyramid system is about old white men. But not for much longer. There may be another sharemarket crash; criminal sentences; heavy new taxes – or other factors we cannot possibly know – but the goats at the top of the mountain are standing on a crumbling precipice in 2022.

This is a deep change in the balance of power at the top, but also in the system – that being, corporate America. Taurus rules cryptocurrency and the sharemarket. Scorpio rules the banks. Mercury describes chaos. No other word for it.

The 27 Capricorn Factor and the United States of America

There are many, many astrological charts for the United States of America in The Book of World Horoscopes by Nicholas Campion (The Wessex Astrologer 2004).  My preferred chart for the USA  is not even in there, but there are at least seven version of America, popularly used by astrologers – showing Capricorn 27 factors – including Pluto himself.

The Pluto Return at 27 Capricorn has been written about, and spoken about, for years by American astrologers. Michael Lutin, then writing for Vanity Fair, was the first to blow the whistle.

Pulled into this pattern within one degree is Russia (the Romanov Dynasty chart) which brings us back to Donald Trump. Now, that’s really interesting.  As we’ll see in a moment, the end of Pluto in Capricorn is also about the South Node in Scorpio. The sign which rules sex, death and money. Trump’s biography shows all three.

What Happened Last Time? The Astrology of Boris

The Guardian’s photography of Boris is the best in the world (below) and this portrait of King George III (Wikimedia) shows the likeness. In 2022, as I write this, PM Boris Johnson does not have much say over America at all, but as I predicted on Twitter a long time ago, May 2022 is a crossroads for him. 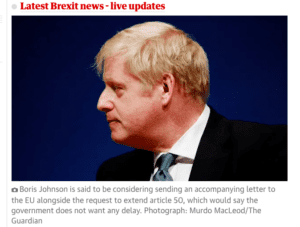 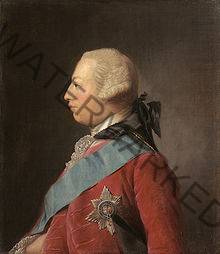 When slow-moving factors like the North Node and South Node (they take 18-19 years to go through the whole zodiac) and extremely slow-moving planets like Pluto (every 248 years) line up, we see history made.

What is really striking about 2022 is the fact that Pluto turns retrograde at 27 Capricorn, on June 22nd and so the tide of time also turns. It’s a perfect storm of economic shock, economic karma from the last war – and the end of the American system.

You’d be narrowing your focus about these plutocrats like Richard Branson on Sunday July 17th, Monday July 18th and Tuesday July 19th because Ceres (again, about huge power shifts) is at 27 Cancer, the sign of property and real-estate, right opposite Pluto at 27 Capricorn. We also have a quarter-Moon at 27 Aries on Wednesday 20th July, so this is quite a week. 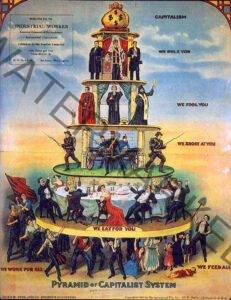 The other reason our eyes should be on July and August 2022 is the striking, historic conjunction between Uranus at 18 Taurus and the True North Node at 18 Taurus – the sign which rules the global economy. This starts on Sunday 31st July and runs until Wednesday 10th August. This perfect storm is about seriously stormy economic weather, then.

We can narrow down the dates to Monday 1st and Tuesday 2nd August 2022, for economic shock (and old war karma) on the sharemarkets, with the plutocrats, big politics and big business – because Mars is at 18 Taurus both days. Incredibly, on Tuesday 2nd August, Venus is at 18 Cancer. Again this is the sign ruling property and real-estate. Whatever is set to happen to the plutocrats and to the economy from 31st July until 2nd August 2022 will be fast, because Mars always speeds things up.

What Brings the Mountain Down?

This famous illustration, The Pyramid of the Capitalist System (Wikimedia Commons) is a very good symbol for the Capricorn mountain. By its nature, it forces most of the climbing goats down the bottom. There is only room for a tiny number of goats at the top. The top 1%. We are now well and truly in End Times for that system.

The dying days of Pluto (absolute power, corrupting absolutely) in the sign of ambition, Capricorn, takes place in October 2022, at the same time as an unforgiving square from Uranus at 18 Taurus (the economic shock) to Saturn at 18 Aquarius (the reality of group trading – for example, the twinned use of social media and cryptocurrency).

Saturn in Aquarius is the heavy reality check for anyone who is on Facebook, or has shares in Facebook. Aquarius always has, always will, rule friendships and groups. This really does feel like a whole mix of astrological factors in Taurus, Scorpio, Aquarius, Capricorn, conspiring to crash a system – and the plutocrats who stand over it.

This slow end, happens partly on Saturday 1st October until Wednesday 12th October. October 2022 is also really important because of an eclipse at 2 Scorpio, on Tuesday 25th October. It is possible that Tether is tied into that eclipse, and of course Tether is tied to Bitcoin. I am sure you know any eclipse is always a cover-up and blind spot. Something big is up then. 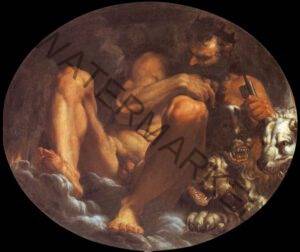 The background music to this dramatic 2022 soundtrack is the South Node in Scorpio. Scorpio rules sex, death and money. So while our eyes are on the plutocrats and the Pluto in Capricorn system coming down (it’s over by 2023 and history from 2024) we cannot ignore the under-age sex traffic of Jeffrey Epstein (deceased) and Ghislaine Maxwell.

Pluto, painted here by Agostino Carracci (Wikimedia Commons) is the ruler of Scorpio. In mythology and astrology he is a dark sexual obsessive. He literally inhabits Hell.

This dramatic artwork, so brilliantly painted, shows a little of the brooding atmosphere of 2022 and 2023 as the world turns its eyes on Pluto in Capricorn, in his dying days, but also the True South Node of karma in Scorpio. Sex and sin are Scorpio territory at their most devilish and nobody will escape the karmic sentencing by 2023.

What Goes Up, Must Come Down

Mercury Retrograde in Capricorn ends 2022 as he moves 8-24 degrees of the sign, from shadow to shadow, from Tuesday 13th December until Tuesday 7th February.

This is a classic indicator of political turmoil for Prime Ministers, Presidents and Premiers when we see resignations, leadership contents and reshuffles. It always affects the sharemarkets.

This period, 13th December 2022 until 7th February 2023, is also very much about the CEO of any corporation. The man at the top – and the chaos.  At this time Pluto is slowly creeping 27, 28, 28 Capricorn – he finishes his stay at 29 Capricorn, the last possible degree of that ambitious sign, on Thursday 23rd March.

You’d be watching the semi-sextile from Saturn at 29 Aquarius to Pluto at 29 Capricorn for more issues with social media cryptocurrency (the YouTube Robinhood collective) but also Facebook, pure and simple. That is exact from Tuesday 28th February 2023 until Tuesday 7th March, so about a week. At this point we may also be looking at Twitter and finding out why its CEO left the building. Twitter, as a group website for friends, is also described by Saturn in Aquarius. 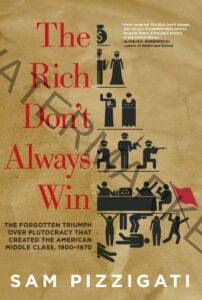 He’s finished in 2022, then history in 2024. Pluto in Aquarius (people power based on community, diversity and equality) succeeds from that point on. As we’ve seen, it may be criminal charges, heavy new wealth taxes and/or sharemarket crashes which bring down the system and the plutocrats. Perhaps, even more extraordinary events – yet one way or another – the plutocrats who partied during Pluto in Capricorn are standing on a very shaky mountain indeed. You will see it wobble within days of my publishing this, on February 4th 2022.

Watch this space. Sam Pizzigati wrote The Rich Don’t Always Win (about the invention of the American middle class and the end of plutocrats) long before we astrologers were actively talking about Pluto in Aquarius. But that is exactly what is going to happen. America is in line for a whole new class system, but that’s another story. If you are curious about the Aquarius weather and the new Aquarius climate change, have a look at some predictions about that, dating from 2018-2019 on this website.