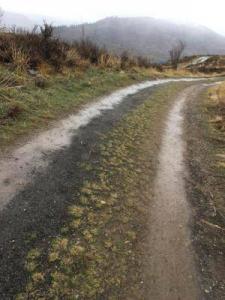 This week is characterized as much by what’s to come as it is by current aspects and movement. Still, forward motion packs jet fuel with Capricorn Mars moving closer and closer into sextile with Jupiter, exact on Friday. We’re accelerating, leaning into a curve we can’t yet see the end of.

It’s an opportunity to act on intuition with a degree of certainty that it’s the right thing to do… even though we can’t lay a finger on why. That influence ramps up all week and once it hits, it’s spent. So use it.

Monday morning, the Moon hits Aquarius and moves into sextile to Chiron and square to Uranus by afternoon. Nighttime brings the new moon conjunction the Sun, a fresh start in cutting edge Aquarius.

The new moon holds the waning energies of Chiron and Uranus as well as an applying conjunction to Saturn. The gut understanding of what our fresh start needs is baked in: healing change and unique integrity. The route forward is intellectual commitment. Commitment to work together for the betterment of all. We start with ourselves, but eschewing the conventional ego grasping.

Early Tuesday, Venus conjoins Vesta in Capricorn as the Moon goes on to conjoin Cap-ruler Saturn. We’ve spent weeks retreading our desires and our approach to our own resources and resource in general through a Venus retro period. Now with Venus direct, we’re ready to plant a flag in what’s dear to us. It’s a commitment, a vow we can feel on a gut level, a mood that carries through and beyond the day.

Wednesday the Moon moves to Pisces. It heads into sextile with Mars and conjunction to Jupiter, illuminating the physical trajectories possible and elevating our connection to grace and joy. By the end of the day, the Pisces Moon hits the midpoint of the waning Venus-Uranus trine, sextiling each in turn. We’re swimming in the matrix of creation energy.

Thursday, the Moon conjoins Pisces ruler Neptune and makes its way into sextile with stationing Mercury, exact as Mercury heads direct (in the night). Both aspect Pluto.

Epiphanies abound. They may be intellectual, in the gut, or encoded in sensation and sense. But they’re there, and they’re deep, and they’re powerful. They have long-reaching ramifications with a tough root in the past. But we now have the information we need to magically transform our attitudes in ways that silently support our BRAND NEW YEAR GOALS.

Early Friday, the Moon completes its sextile to Pluto and reaches the end of the sign as Mars closes its sextile to Jupiter. Whatever actions you’ve put in motion this week acquire some formidable momentum.

When the Moon moves to Aries, it picks up a sextile to Juno newly in Aquarius, sparking passion and a need for heroic entanglement. Midday, the Sun moves over Saturn. The path has been rough, but it’s still the path. The mood compliments commitment to compelling forward motion with, through, and in spite of change.

Friday afternoon, the Aries Moon squares sign ruler Mars and goes on to conjoin Chiron. Chin up: It’s okay – appropriate even – to have pride in how far you’ve come. Even if that stings a bit. It stings less than it used to.

The Lunar New Year, Aquarius new moon takes place at 12 degrees with Saturn at 15. Where does this hit your chart? Where does your new path begin?