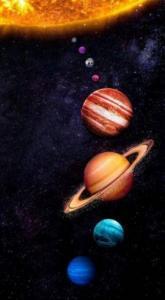 When Mercury turns direct on February 3rd, all planets will be moving forward.  This scenario will be maintained until April 29th, when Pluto turns retrograde.

It seems we’ll be off and running. This may be the case but I expect to frustrated. I don’t think we’ll be running far!

There’s a lot of talk of being “stuck in a matrix”. The concept has merit, astrologically. This is because the planets are bunched together and will stay this way until May, 2022.

Transiting planets energize the affairs of the house they running through.  Most people have three or four houses affected at this time… the same three-four hours for months and months and months.  It’s quite hard to exit your particular cage.  Consequently, it’s all systems, go but go where?

Here’s more on the cluster situation:

Planets Clustered On One Side Of The Zodiac: Outcast?

With all the planets direct, you should be able to be particularly productive in your particular realm. Your realm is shown by the houses where the planets are collected.

How do feel about all the forward motion?