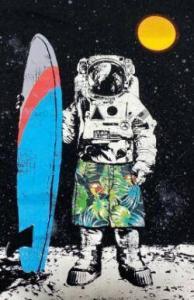 There will be a new moon in Aquarius near midnight on January 31st, which may be February 1st in your location.  As you can see below, the sun and moon are pretty tightly conjunct Saturn so this is going to firm things a bit.

You might commit (Saturn) to an innovation (Aquarius), however it’s really unpredictable.  This is because the sun, moon and Saturn are all squaring Uranus in Taurus.  A person is just as likely to detach from a commitment.

I realize this may scare some people but the fact is, some things (and other individuals) are generally outside our control.

If you have planets in Fixed signs between 8-18 degrees, you can expect to get knocked around somehow.  I share this with you because I’m in this group, and this is exactly what I expect. I don’t know who or how or why or what, but there’s significant tension here and someone or something is going to blow.

This does not mean it will be something bad. I know I used the phrase, “knocked around”, because that’s what it feels like when something unexpected happens. But the surprises can be good and in fact, I would expect this.

I would expect it because the sun and moon are neutral. Saturn is comfortable in Aquarius. Uranus is like a lightning strike.  It’s possible a person be rejected (Saturn) but simultaneously liberated (Uranus) so that’s exciting.

We set intentions under the new moon. Here are some ideas, based on the house in chart where the sun and moon will fall.

Where does the new moon fall in your chart?  How does this look to you?