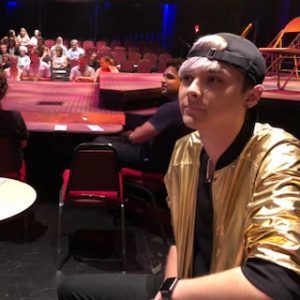 Friday night, the Gemini Moon moves from a square to Neptune in Pisces (self ruled) into an opposition with Mars in Sagittarius – touching off the flavor of a past exact Mars-Neptune square. Mercury, ruler of Gemini, is newly retrograde. This has deep coyote mischief energy.

But let’s be direct: That’s not a bad thing. It’s a possible irritant, but it also plays for laughs and adventure. This is where great stories are born. What do you want to do? There are options, likely TWO. What matters here? The connections you make in the process.

The Moon also heads into quincunx with the Sun, then it quincunxes Pluto overnight. Those connections, those feelings… they can deepen you experience of who you are. ALSO, the connections can be to and among parts of YOURSELF.

Revisit how all this makes you feel? About yourself? About others? What are you doing about that…

Saturday night, the Moon in Cancer (self ruled) trines Jupiter in Pisces and goes on to square Chiron overnight. Emotion is key. It’s on blast, but it’s also hidden. Wait, hidden or on blast? They’re not incompatible, just not obvious. Feelings build exponentially, but the source may not be clear or you may not be entirely aware of what’s happening. This is true of any type of emotion. Joy is also increasing. Big feelings beg to be heard… and communicated, or at least acknowledged privately.

With Mercury retro, we’re treading back over old territory. But it’s not OLD territory, just recent. We get a chance to take another whack at how something makes us feel. Get another perspective.

All weekend, the Capricorn Sun moves in conjunction to Pluto. It passes over Sunday morning. Saturday night is the peak. Ego transformation, personal growth in power, these can signal intense change and that’s perceived on an individual level. It also creates a condition to subvert or transform your path profoundly.

With the upcoming full moon, that could be internal or from the outside… conscious or subconscious.

Once the Moon gets into Cancer, we feel that oncoming full moon buildup mounting. A spring being loaded. The spring is in us, but also pointed at us. Right now, much of the subject matter has one foot in the past and one in the future.

Face that feeling. Feel it in your body and try not to intellectualize it immediately. Once you feel it, you can think about it. But make sure you’re experiencing the sensations that go along with that. In particular we’re likely to rethink what we’ve not yet felt when we first experienced it.

This brings new vision within when it results in being honest with ourselves.

Sunday morning, the Cancer Moon sextiles Uranus as the Sun conjoins Pluto. As the Sun moves over and truly past, the Moon opposes Venus. If you’re really taking this chance to feel your feelings, you may be shocked at the genuine desires that emerge. That’s okay. Incorporate this into a new path, a new you. Or at least put a pin in it.

The Moon goes on to trine Neptune, exact overnight. It’s a seamless blend of stream into stream. What we need disappears into who we are, into who we’ve been and who we could be. This wave becomes the sea.

This is a powerful full moon coming up. Don’t stand in your own way.

What are your weekend plans?