Astrologers are always excited when a corporation changes its name. It’s a rebirth, so a new ‘birth’ horoscope is due. This means we can predict the future more accurately.

Mark Zuckerberg’s Facebook became Meta all over the world as October 2021 ended. This gave us a new astrology chart for Facebook. Here in Hobart, Tasmania I recorded the time and date locally: 5.45am on Friday 29th October 2021 on our city’s longitude and latitude. Meta was born a Scorpio, all over the world. On Twitter @verge was just one account taking Facebook’s name change viral, around the world. 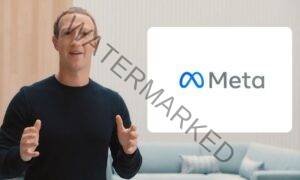 Mark’s American mega-corporation (now apparently a meta-corporation) reaches into every city, including Hobart, Tasmania, Australia.  So – I’m happy to use a local birth time and place for Meta (a Scorpio organisation). What we end up with, based on that horoscope, is a rebranding that will make a lot of money, but also run into a lot of trouble. As will Mr. Zuckerberg.

Facebook became a reality, in astrology, during the historic outer planet transits in Aquarius (groups, networks, social media, social life, people power, friends) with Uranus and Neptune in that sign. It quickly morphed its purpose as the transits left Aquarius and Pluto went into corporate Capricorn. Taurus Zuckerberg made it into a money-maker.

The film, The Social Network, is based on the origins of Facebook. This is where the first chart comes from – and it tallies exactly with the new chart, too.

The name and branding change of Facebook to META is in line with an accurate astrology prediction I made on 21st April 2018, so over three years ago now. Quote –

“If Facebook can survive the next seven years, it can survive anything, but it takes a miracle for any corporation to survive a battering from Uranus in Taurus, like this. The old business model of data mining, data scraping, targetted advertising and the rest is unlikely to last with the assault of Uranus (the revolution, the rebellion, the shock) from May 2018.” 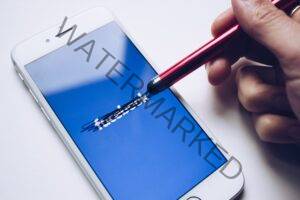 The website Astro.com confirmed that old Facebook chart data for 18th May 2012 at 11.30am in New York, New York (when Facebook first traded and became the corporation we know now). It shows this key placement –

And here is some equally crucial astrology data for Mark Zuckerberg, the 1984 baby who George Orwell clairvoyantly saw coming in his famous novel. Zuckerberg, born on 14th May 1984 in White Plains has the Sun at 24 Taurus

This 24 degree exact match between Mark’s chart and Facebook’s is really interesting, because the new chart for META shows Pluto at 24 Capricorn. So Meta is perfectly linked to its creator and its first incarnation as Facebook – but with that trine to Pluto in Capricorn it is also empowered by big business and big politics.

Capricorn rules men who are at the very top of the world of CEO’s, Presidents and Prime Ministers. Pluto rules world domination, or the attempts at it. (Image: Thought Catalogue at Unsplash).

Did Mark Zuckerberg deliberately use an astrologer to relaunch Facebook with Pluto at 24 Capricorn, perfectly trine the Sun at 24 Taurus (profits) in his own chart, and trine Jupiter in the old F-book chart? Well, interesting question. He’s dabbled in astrology before. Facebook is keen to launch Libra currency.

Patterns at 24 Degrees in the META Astrology Chart

Juno is at 24 Sagittarius in the new astrology chart for META. Sagittarius rules foreign countries, foreign powers, foreign agents and foreign enemies. It also rules globalisation. Juno is commitment. A marriage. It shows who and what you get into bed with. Facebook is clearly in bed with foreigners, in its new rebranding as META.

Bacchus is at 24 Virgo, so there is a Grand Trine in the Meta chart. It’s going to do really well financially – really easily. Massive success is coming its way.

Still – that has happened before, for individuals like Donald Trump – and they’ve met their fall.

Astrologically, is there anything there to trip Facebook/META and Mark Zuckerberg up? If the corporation was in fact using an astrologer to launch on a Grand Trine in Virgo, Capricorn, Taurus that hooked into Marks’ chart, did she or he miss a trick?

The Problems with META – Russia

It’s always interesting to line up the astrology charts for Russia with Facebook and Mark Zuckerberg. There were 3000 Russia-linked advertisements on Facebook, according to Zuckerberg himself, in the 2016 US election.

There is no point in using the Vladimir Putin chart as it’s Dirty Data (DD) in the Rodden Rating System that professional astrologers use. It is not trustworthy so we never bother with it.

The Russian charts for the nation itself are accurate and powerful, though. All historically recorded, for different times in her long history. Here we find the 24 degree hotspot. And so, in the years ahead, Russia is a problem for META and META is a problem for Russia.

All these Russia astrology charts are based on data in the excellent Book of World Horoscopes by Nicholas Campion (The Wessex Astrologer, Bournemouth, 2004). They chime, uncannily, at 24 degrees. Just like Facebook. Just like Mark Zuckerberg. Just like META.

Russia – End of the Monarchy

Facebook has been frequently accused of helping Donald Trump get elected, and as Donald Trump has commonly been linked to Vladimir Putin and Russia (#TrumpRussia) questions remains about the part that Facebook played in defeating Clinton and electing Trump. Whatever you might think of that, and the BBC report on the US Senate and Oxford University enquiry into Russia’s meddling is here, it is fascinating to see META carry over the same astrological links.

Timing META in the 2022 Astrology

The Facebook (META) horoscope chimes with Mark Zuckerberg at 24 degrees as we’ve seen.

When we predict the news headlines in astrology (which I will be talking about at the 2021 Astrological Association Conference in Britain) we look for rare cycles. I’m watching Russia here as well as META in 2022, because the charts explode.

Crisis for META and Zuckerberg From March 6th to 17th 2022

Expect a crisis for Facebook/META and Mark Zuckerberg from March 6th to 17th 2022. The North Node at 24 Taurus, South Node at 24 Scorpio can only happen about every 19 years. This is going to critically trigger every chart pulling in Russia, Mark Zuckerberg, the old Facebook and the new META

We find Mercury (which rules the web) passing the crucial 24 degrees in all charts not once, but twice. On March 6th/7th and 24th/25th. The Sun is at 24 Pisces on March 15th.

This just has to be about Facebook/META charging the customers or perhaps revenue from advertising or other sources. META will no longer be entirely free. Why? Taurus/Scorpio rules finances. You would also expect there to be serious questions about taxes, revenue and the proposed Libra currency, if it ever happens.

March 2022 may be connected to a Russian money story directly linked to META/Facebook/Zuckerberg – or there might be two parallel events involving finances with both. It’s hard to say if we don’t have a chart for Putin and of course we only have DD for him (Dirty Data). But – there is a potent connection.

For all that META is going to make a lot of money, thanks to that Grand Trine at 24 degrees – the rest of the chart shows huge problems for Zuckerberg and what used to be Facebook before it changed its name. A money-making machine does not always end well. There are some wild cards ahead.

The Year 2022 and META in Astrology

Saturn goes to 24 Aquarius from April 27th 2022 until May 18th that year. Neptune is at 24 Pisces (an historic cycle) at the same time. The window there is April 14th until May 18th. So you can see the sequence of events, game-changing for META in March, April, May 2022.

If we were to imagine astrology as a series of dials-within-dials or wheels-within-wheels, like a safe mechanism clicking around, then these cycles of the nodes (19 years) Saturn (29 years) and Neptune (164 years) all lining up together are historic. What happens in March-May 2022 with Zuckerberg and META affects the whole planet in an historic way.

Watching the Cover-Ups with META in 2022

If you ever want to play Sherlock with a corporation or a government, then watch eclipses. They are always a cover-up and the public never knows. I have my magnifying glass out for 2022 with META. We have a really dark eclipse on 16th May 2022, right in this dramatic period for META, with the Full Moon at 25 Scorpio, opposite the Sun at 25 Taurus.

This is just one degree away from the 24 pattern in the charts of Mark Zuckerberg, Russia, Facebook and META. When do we ever find out the truth about what is hidden during an eclipse? Never. Though suspicions are usually raised a few years later. After some event, usually of a front-page nature.

Eclipses are always about concealed truth. The most famous 20th century eclipses tallied with the assassination of John F. Kennedy and the wedding of Lady Diana Spencer to Charles, Prince of Wales. They’re big. (Diana was also killed on an eclipse).

The Real Deal – Uranus at 24 Taurus and META

Uranus (the shock, the revolution, the world turning upside down) at 24 Taurus is the real deal in the Twenties story of Facebook, META and Mark Zuckerberg. That is the transit every professional astrologer will be watching.

Uranus is also rare in its cycles like the others we were tracking in 2022. I am writing this on Friday 29th October 2021, peering into the future on a rainy morning near Hobart, Tasmania.

Tomorrow seems a very long way off indeed, but when Uranus (the upheaval, the shock) goes to 24 Taurus between May 29th 2024 and June 16th that year, there is no going back for what we used to call Facebook – now META.

You would expect Mars at 24 Aries on Sunday 2nd June 2024 to be a trigger. This is very close to Mercury at 24 Taurus, as May ends and June begins, in the year 2024. So let’s time this. I’m saying 2nd June 2024, 3rd June 2024 for a META crossroads like no other that directly pulls in its creator. Of course this is timely in terms of the American election cycle.

Uranus in Taurus is associated with cryptocurrency and as I write this in 2021, Facebook (META) has been flirting with its own digital money. The proposed ‘Libra’ cryptocurrency. Very close to 1st June 2024 we will see the known world flip over, in relation to META cryptocurrency (whatever name it goes under by then). And yes – Russia will be involved – either in parallel or with a direct connection. The astrological charts tell us so.

The astrology is telling an epic story here. And it was right, about the future of Facebook, almost three years ago now as I write this. You can retweet this story on Twitter @jessicacadams if you like.